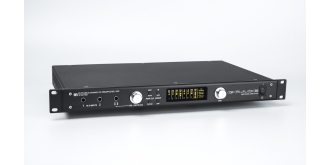 MICROPHONE PREAMPLIFIER – Analog IN to Analog OUT

DA CONVERTER/Headphone Amplifier - All measurements at Fs=48kHz unless otherwise noted. 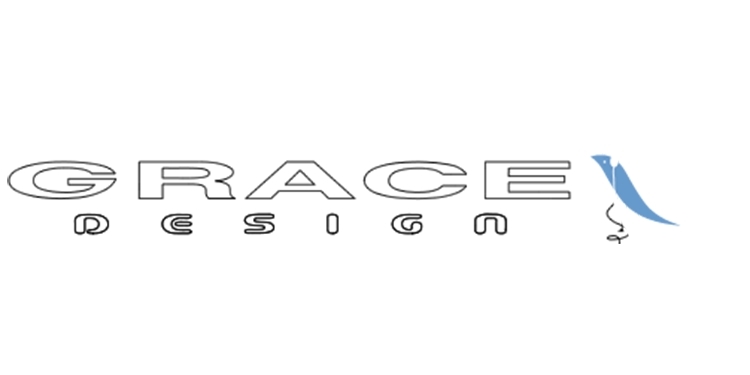 The finest sounding, most capable mic preamplifier we have ever created.

From 25 years experience of creating acclaimed professional audio products, comes the latest evolution of our mic preamplifier design: the m108. With eight channels of our transparent, musical mic preamplification, state of the art A/D conversion, multiple digital output formats, and flexible local or remote controlled operation, the m108 is a vital addition to any modern audio production environment.

Based on the acclaimed success of our m802 remote controlled mic preamplifier, the m108 distills the best of these achievements into a sleek, elegant 1U chassis design. Our transformerless, transimpedance mic preamp design is unmatched in its ability to effortlessly resolve complex sonic waveforms, resulting in recordings of amazing clarity and depth. Integrated A/D conversion delivers digital signals to the workstation that are pure and beautiful. Latest generation s-Lock PLL ensures pristine, jitter free sample clock when clocking from external word clock or Dante clock. And an asynchronous mode USB interface provides the best possible jitter performance when connected to a computer.

Out of the box, the m108 is ready to go as a stand alone mic preamp / ADC. With integrated serial or MIDI control, the m108 can be configured in large channel-count remote systems, with control from our existing m802 hardware remote control unit, from Protools™, the forthcoming m108 control app, or even simply over Ethernet with any modern web browser. And an optional DANTE™ interface is provided for network audio configurations. The m108 control protocol is backward compatible with the m802 so you can add m108’s to an existing m802 system.

The m108 Control Software application allows for control of up to 12 m108 preamplifiers using the Ethernet control port on the m108. Each preamplifier in the system will have a dedicated control panel for operating the microphone preamplifiers, ADC, and clocking parameters. The control application allows for the creation of channel groups as well as saving and recalling presets. The application runs under Windows (7,8.1,10) and Mac OS (10.11). For control of the m108 via Android or iOS use the m108 web interface.

The m108 has a built-in web browser controller allowing remote control from most web enabled Mac, Windows, iOS and Android devices. This control has been optimized for Chrome, but will operate on most modern web browsers (excluding Internet Explorer). This makes control of any m108 on an ip LAN as simple as entering the m108's IP address into the browser's navigation window, and the web browser control from that preamp will automatically load and connect. See the m108 owner's manual for complete details.

Curious about the differences between the m108 and the m802?

At the core, both mic preamplifiers are quite similar. They both utilize our signature transimpedance (or current feedback) amplifier topology, they have no electrolytic capacitors in their signal paths, and each preamp channel has its own power supply voltage regulators. These are the key ingredients in how we design our mic preamplifiers, which lend very similar sonic performance to both units. However, there are many differences in design execution and features:

The m802 has external, dual redundant power supplies. The power supply unit used in the m108 is the same as the m802 and m905, but the m802 uses two of them for NASA level reliability (more expensive). Redundant or not, this design is currently 100% reliable, without a single failure in the field since the 6 years they have been deployed.

The m802 has two adjustable ADC sensitivity settings which are accessible via setup menus. This requires a fair amount of additional circuitry and components (more expensive). The m108 ADC sensitivity is fixed at +24dBu or +18dBu (at the analog output) for 0dBFS and is changed via internal jumpers (less expensive).

The m802 ribbon mode uses a relay to bypass the input phantom power blocking capacitors (more expensive).In the m108, we use very high quality metalized film capacitors for this which are exceedingly transparent sounding (less expensive).

The m802 has two sets of balanced analog outputs (more expensive) while the m108 has one set (less expensive).

The m802 has separate circuit boards for the preamps, a back plane pcb for interconnect, a controller pcb, and 4 pcbs in the ADC assembly,15 circuit boards in all (very expensive). The m108 has its preamplifiers, ADC, and controller all on one pcb and the digital I/O on another (less expensive). This really makes up the bulk of the cost savings between the two units. As well there are fewer interconnect cables which means less chance of a contact failure.

The m108 has the latest generation clock technology. The clock jitter in the m108 clock is less than 40ps and the PLL has a low frequency corner of around 500mHz (the m802 PLL corner frequency is 10Hz). This gives the m108 an extremely effective barrier to external clock jitter. We are unable to measure any effects of external jitter even at exceedingly high levels which would not be found in a modern well designed digital audio system.

The measured performance of the m108 slightly exceeds that of the m802 in most areas. These include ADC dynamic range, THD+N, external clock jitter rejection.

The rest of the differences are in features, size, weight, and power consumption. The m108 represents the single biggest R&D effort in our company's history. We really focused on increasing performance and maintaining bomb-proof reliability while reducing the cost of the system. We are really proud of this unit and are amazed with its stunning clarity and musicality.

MICROPHONE PREAMPLIFIER – Analog IN to Analog OUT

DA CONVERTER/Headphone Amplifier - All measurements at Fs=48kHz unless otherwise noted.