Meters, Controls, and Other Features 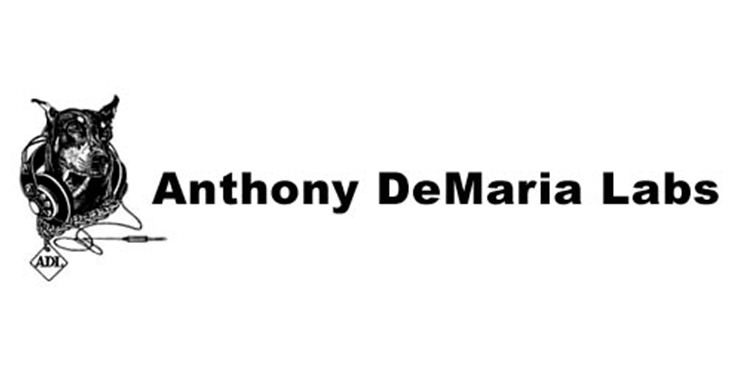 Stunning high-end sound and incredible versatility are hallmarks of this top-of-the-line, tube-driven channel strip. The ADL 700 integrates a proven, award-winning, boutique-quality preamp; a custom-designed FET compressor; and a custom, four-band, semi-parametric EQ.
Our premium channel strip boasts frequency response from 10 Hz all the way up to 45 kHz and offers all of the features you’d want in a high-end device. And the ADL 700 is a great value — as you expect from PreSonus!
Reviewers, producers, and artists are raving about the ADL 700. Read what they're saying!

You Asked for It!

We created the ADL 700 because you insisted! The PreSonus ADL 600 two-channel tube mic preamp was such a hit with customers—including such top artists, engineers, and producers as Chuck Ainlay, Jimmy Douglass, Mark Mancina, Demetric Collins, and Victor Wooten—that we were inundated with requests for a single-channel version in a channel strip, with a compressor and EQ that would be up to the preamp’s high standards.

You were right—it was a great idea—so we gave the design job to Robert Creel, the engineering mastermind behind many of PreSonus’ most beloved analog circuits, including the XMAX™ preamp. It took years of hard work but he delivered big-time. The ADL 700 channel strip is everything we—and you—hoped it would be!

We started with a single-channel version of the ADL 600 preamplifier, which was co-designed by PreSonus and famed tube-circuit designer Anthony DeMaria. The preamp employs a distinctive Class A, discrete design that incorporates two 6922 and one 12AT7 vacuum tubes per channel, operating with ±300V power rails for maximum headroom and superb tone.

Top artists and producer are equally enthusiastic. "The ADL 700 makes acoustic guitars sound smooth and sweet and vocals are big and clear,” says three-time Grammy Award-winner Keb' Mo. Legendary producer Teddy Riley is positively giddy: “The ADL 700 is an INCREDIBLE mic-pre!! Next level of anything I’ve ever used!! Very quiet and warm sounding. I’ve recorded several vocal sessions while using the ADL 700, and I’ve only had GREAT results!!”

Technical explanations are well and nice but hearing is believing. Try the ADL 700 yourself and experience the thrill of using the world’s finest tube preamp.

Beyond superb sound quality, the ADL 700’s preamp is special because of its ease of use and flexibility. Rob Tavaglione (ProAudioReview, February 2013) states, “The ADL 700 is a fine sounding unit that excels with versatility and flexibility.” Eric Tischler (Tape Op, January-February 2013) adds, “I arrived at these settings quickly, and by feel.... If you’re looking for an incredibly adaptable mic preamp—one that you could use on anything—I’d recommend checking this unit out.”

Among the hallmark features of ADL-series preamps are separate, balanced XLR mic, balanced XLR line, and ¼” TS instrument inputs and a single, balanced XLR output. An Input Source Select switch enables you to leave your signal sources connected at all times and choose among sources, patching the selected input through the signal chain and completely bypassing the other two inputs.

The preamp offers a choice of four mic-input impedances: 1500Ω, 900Ω, 300Ω, and 150Ω. Lowering or raising the ADL 700 mic-input impedance can create subtle coloring and filtering effects, enabling you to get a wider variety of tonalities without using the EQ.

In addition, the ADL 700 provides variable mic-input gain, employing an 8-position, military-grade, rotary switch that provides 35 dB of gain in stepped, 5 dB increments. A Trim potentiometer (±30 dB) allows you to make fine adjustments to the final preamp stage of the ADL 700 input.

The output stage is controlled by a fully variable attenuator that delivers ±10 dB of fine-tune trim adjustment, enabling you to dial in the perfect gain structure for any application.

FET-based compressors such as the one in the ADL 700 use transistors to emulate a triode tube’s operation and sound. This type of compressor generally provides a faster attack time and better repeatability than the optical compressors that are more commonly found in channel strips in this price class. "At lower ratios (such as 1.25:1, my favorite on the ADL 700), users can… get an invisible, balanced, and full sound that really compliments the musical mic pre,” states Rob Tavaglione (Pro Audio Review, February 2013). "The compressor is accurate and responsive, and very good for managing the normal dynamic excursions of most vocal performers, subtly but firmly" adds Hugh Rabjohn (Sound on Sound, August 2013).

Meters, Controls, and Other Features